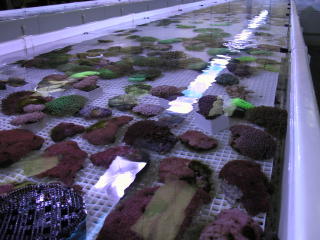 I made a quick stop off at Pacific Aqua Farms in Los Angeles earlier this week to pick up some livestock on my way home from Baja California. PAF's is the worlds leader in aquacultured corals that are grown in their Fiji and Tonga locations and then shipped to Los Angeles for worldwide distribution. Walt Smith, owner of PAF will be a speaker at next years Western Marine Conference in Sacramento April 21-23, 2006.
Posted by Robert Ordway at 6:33 PM No comments:

Sea Hare: Beauty Is In The Eye of the Beholder 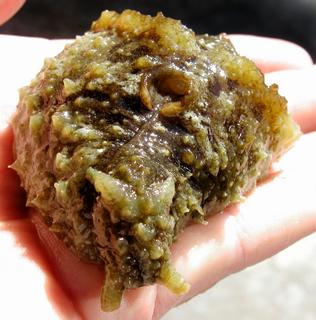 I have recently added sea hares to my inventory and am using them on a few clients' aquariums with hair algae problems. Hair algae grows from having high phosphates in the aquarium. Phosphates are often created from overfeeding. The sea hare is a ferocious algae eater. A sea hare will devour an aquarium's nuisance algaes until it no longer has a food source. At this time a dedicated aquarist will transfer the animal to another home.