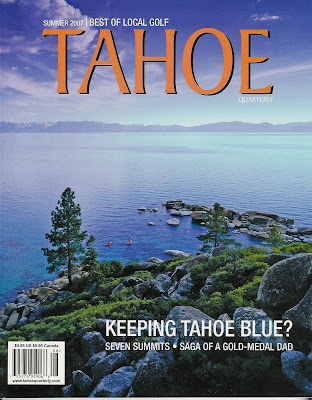 The new issue of the Tahoe Quarterly hit the stores today and can be found in retail shops around the North Lake Tahoe, South Lake Tahoe, Truckee, Reno and Northern California area.

I ran into author Robert Frohlich at Spindleshanks restaurant, Tahoe Vista, last year, who I teamed up with years ago when I was the photographer at The Tahoe World newspaper in Tahoe City, and we caught with each others lives. When his editor at the Tahoe Quarterly suggested a piece about residential water features he recalled my unique business and wanted to interview me and learn more about saltwater aquariums.

Here is the portion of the article that pertains to me and Sierra Saltwater Systems. 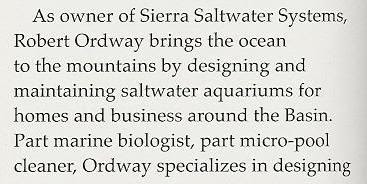 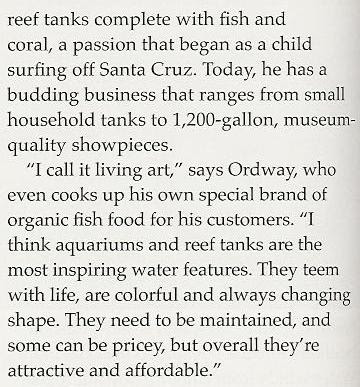 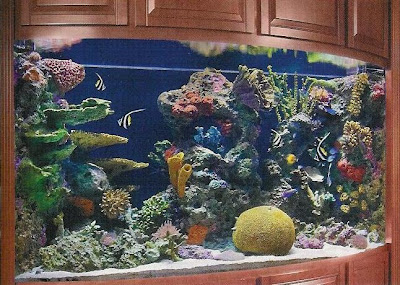 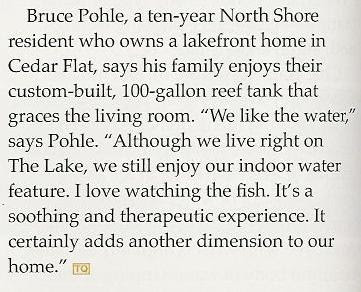 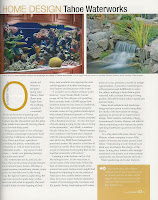 I understand that these photos are much too small to read, but if you click on them, you can read the complete article in a full page.
Posted by Robert Ordway at 4:11 PM No comments: